The 2019/20 Serie A season was concluded last weekend with its usual twists and turns. The top six spots had already been sealed with a few games to spare but the battle to avoid the final relegation spot was open with one of Lecce and Genoa hoping to avoid the drop.

Ultimately, it was Lecce that took the dreaded spot along with Brescia and SPAL while Genoa will look forward to yet another season in the Italian top flight.

The season had its highs and lows as well as its major performers. In this post, we’ll be taking a look at some of the best performers in Serie A this season according to their positions. To make it a bit more interesting, we’ll be selecting players based on four-man defensive formation as it is more commonly used in the league than the three-man defensive formation. The three-man attack will also be used for the same reason.

Here’s our Serie A team of the season.

The Juventus shot stopper was mostly reliable for his team this season despite having to alternate with Veteran, Gianluigi Buffon in the Juventus post. His eleven clean sheets in just twenty nine appearances is a better ratio when compared with Inter’s Samir Handanovic (13 in 35), Udinese’s Juan Musso (14 in 38) and Milan’s Gianluigi Donnarumma (12 in 36). He also made 3.3 saves per game, which is a whopping 74% of the total shots he faced this season, a league-high among goalkeepers with 5 clean sheets or more.

Verona really punched above their weight this season. Ivan Juric’s men gained promotion from Serie B last summer and finished in an impressive ninth place this season. David Faraoni was one of the many bright spots in the team and deservedly takes his place in our team of the season. His ability to switch roles between Right wing back and Right back for Verona this season was helpful to the team’s campaign and he capped off his season with five goals and three assists in his thirty-six league appearances for the club

After the appointment of Antonio Conte and the arrival of Diego Godin at Inter, the only thing that most Inter fans and neutrals could agree on was that the club had the best defensive combination in the league but as the league progressed, only one man stood out from the three, Stefan De Vrij. The Dutch centre back has been ever reliable for Inter this season, providing a calm presence and needed experience when it was needed, it’s no surprise that his team finished with the least goals conceded and second highest clean sheet. De Vrij also contributed four goals and three assists to the club’s campaign.

After a somewhat shaky start to life in the Italian league, De Ligt shrugged off any form of pressure that came with his price tag by constantly turning in good performances game after game. The Dutch defender proved that he could fill the void created by Giorgio Chiellini’s injury by marshaling Juve’s defence alongside Leonardo Bonucci this season. Juventus finished with the third best defence in the league.

Milan struggled a lot at the start of the season till the midway point but one player often stood out for them during that poor run, Theo Hernandez. The former Real Madrid full-back has adapted seamlessly into a new league and has outshone every other player in his position this season. His contribution to the team during and after their poor form cannot be overstated as he offered quality in both phases of the game this season. He had six goals and three assists to show for his efforts.

This Season, Manuel Locatelli showed that he has matured a lot. He provided an assuring presence in midfield for a Sassuolo side that was always focused on attacking regardless of the opponents. His 1.5 key passes and 2.3 tackles per game make him an important contributor in both attack and defence for a Sassuolo team that took points off five of the teams that finished in the top six this season, including Juventus.

With six goals and fifteen assists this season, Luis Alberto once again stood out for Lazio after having some kind of setback last season. The Spaniard was at the heart of everything creative for Simone Inzaghi’s team and was a key element in the team’s title challenge before the lockdown. Even though Lazio was unable to sustain the challenge, Alberto’s efforts were still enough to earn the club a Champions League spot for the first time since 2015.

Best attack in the Italian league and one of the most attacking sides in Europe’s top five leagues and one man at the centre of it all, Alejandro Gomez. ‘Papu’ has he is often called has scored seven goals and broken the record for Serie A assists this season after providing sixteen for his teammates. The diminutive midfielder rarely had a bad game all season and it is often obvious to see why Gasperini’s team struggles whenever he does not play well.

Christian Ronaldo’s thirty-one goals this season were enough to singlehandedly win twelve matches for Juventus this season. To put that in context, it means that about forty-six percent of Juventus’ matches in Serie A this season were won by Cristiano Ronaldo. At 35 years old, the man continues to defy common reasoning by constantly turning in fantastic numbers. He missed out on top scorer this season but still outscored the top scorers in three of Europe’s top five leagues.

Ilicii could only make twenty six appearances this season mainly because of the personal issues he had towards the end of the season but his fifteen goals and five assists for his team comfortably ranks him as the highest performing right wing forward in the league this season. Ilicic combined tricky skills, deft touches, and a good eye for scoring fantastic goals as he shined in Gasperini’s three-man attack. His consistency this season stood out and his numbers could have been better if he played more games.

A record-equalling season for the Lazio hitman as he scored thirty six goals to tie the record set by Gonzalo Higuian in the 2015/16 season for most goals in a single Serie A season. Immobile did not only score goals though, he also provided nine assists for his teammates putting him on forty-five goals/assists contribution, the most by any player in the league. His goals were helpful in sustaining Lazio’s title challenge before the break and he didn’t stop putting balls at the back of the net even after the challenge faded off. 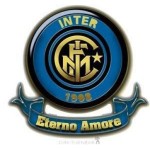 I’m Olugbenga and I have a passion for writing. I enjoy writing about sports, football especially and I take pleasure in immersing myself in learning about new and exciting areas. I’ve written for over a decade but about nine years, professionally. I enjoy watching football and talking about sports in general just as much as researching any given topic in order to create exciting and engaging content.